Morrisville, PA – Locally owned A&A Machinery Moving announced on Monday July 10th, 2017, Nick Lykon was promoted to General Manager. In this position, Nick Lykon will be responsible for all day-to-day operations of the company along with playing a pivotal role in identifying and implementing strategic growth plans. 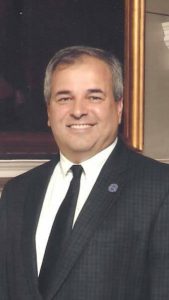 Nick Lykon has been with A&A Machinery Moving for the past twenty-one years; most recently as Senior Project Manager. He is also the brother of A&A Machinery President and founder, Albert Lykon.

Nick has managed most of the large projects A&A Machinery has performed over the years, both on the moving and sales sides of the company. Most recently, this included a four month project in Lincoln, ME where Nick led the A&A team in a project to dismantle and ship a large paper machine and associated equipment to a facility in Ontario, Canada where it will be reinstalled.

Nick is also an elected official for Plumstead Township, PA where he has served as a Supervisor since 2014. Additionally, he is currently President for the Philadelphia chapter of the Machinery Dealers National Association (MDNA).